Announce details of the Tales Of Us deluxe box set – Alison Goldfrapp’s exhibition opens at the Lowry Gallery, Manchester 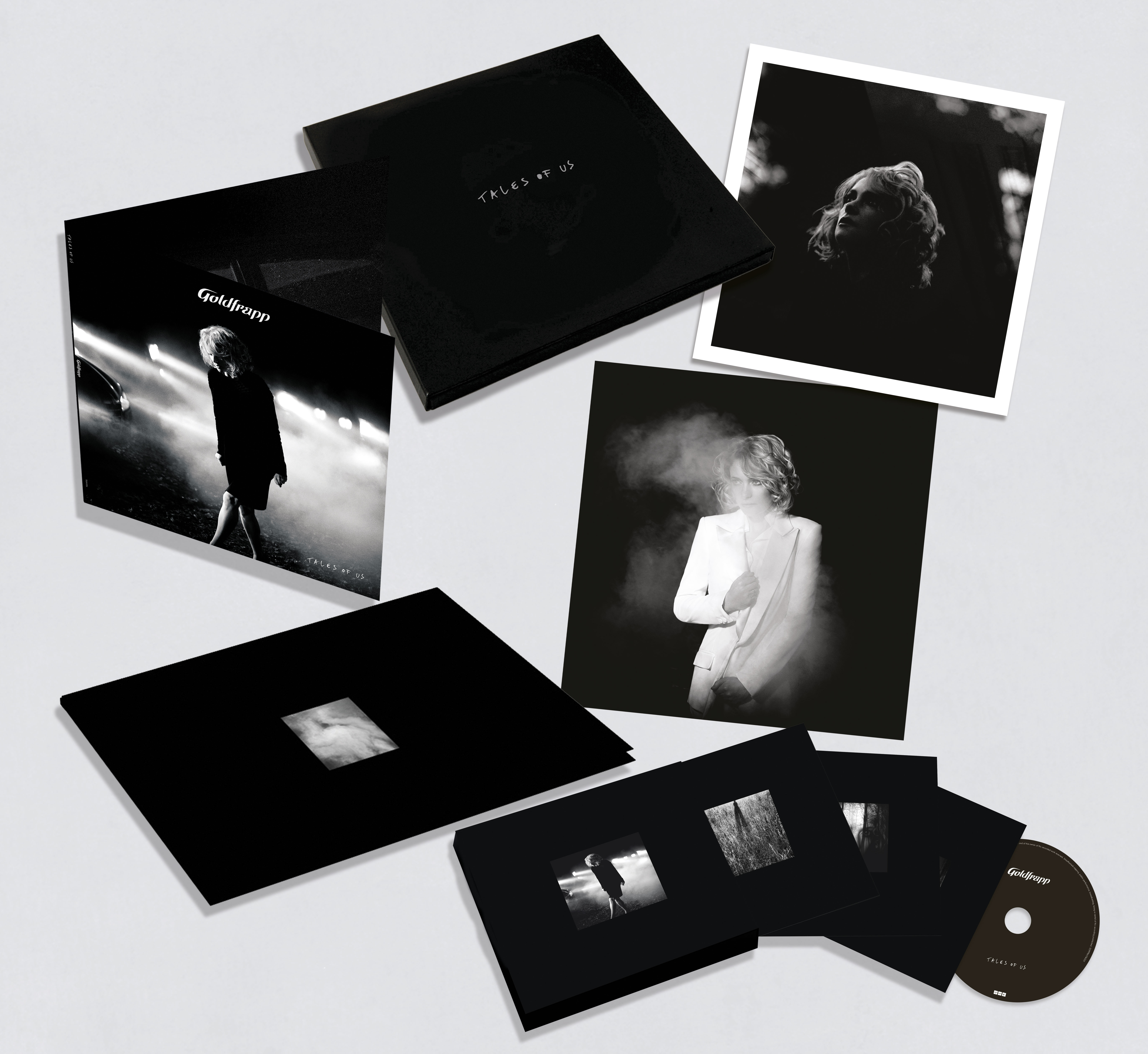 Goldfrapp have announced details of a very special box set version of their top five album ‘Tales Of Us’, which was described by The Guardian as a “mesmerising soundscape’, ‘intoxicatingly vital’ by Metro and ‘luxuriant’ by The Independent.

In addition to the regular version of ‘Tales Of Us’ the box set also comes with a bonus CD containing a selection of remixes and live performances of album tracks, including three tracks recorded at this year’s stunning Manchester International Festival, complete with orchestra and choir.

Remixes include one from Will Gregory (who has created a Moog version of Stranger). The bonus disc also contains an extract of the soundtrack to Sam Taylor Wood’s film about John Lennon, ‘Nowhere Boy’, written and performed by Goldfrapp.

The box also contains a DVD with Tales Of Us in 5.1 surround sound, a documentary of the making of Tales Of Us and the breathtaking short films for Drew and Annabel.  Watch the film for ‘Annabel’ here:

Completing the box is a beautiful 40 page hardback book compiled by Alison with exclusive images from ‘Tales Of Us’, the vinyl album with gatefold sleeve and poster plus a 12″ lithographic print. Pre-order the box here.

Goldfrapp have been performing tracks from ‘Tales Of Us’ live in a series of TV broadcasts around the world including ‘Later With Jools Holland’ on the BBC and ‘Late Night with Jimmy Fallon’ on NBC in New York. Performances from ‘Later’ can be seen below and ‘Fallon’ at http://www.latenightwithjimmyfallon.com/blogs/2013/09/goldfrapp-performs-their-song-drew/

In the interim the band have just performed for BBC 6Music ‘Live at Maida Vale’ in a live session for the Lauren Laverne show highlights of which can be heard at http://www.bbc.co.uk/events/eqp8q9

Meanwhile Alison Goldfrapp has been busy curating her first ever art exhibition which opened at The Lowry gallery in Salford at the weekend and runs through to next March. This is the first exhibition within The Lowry¹s new ‘Performer As Curator’ series which sees artwork selected from international collections by Alison. The exhibition offers a glimpse into her personal inspirations – through the painters, filmmakers, illustrators and photographers who have shaped her inimitable artistic vision. This diverse and high profile selection of works will portray the artist¹s fascination with folklore and the noir through traditional and contemporary artworks by internationally renowned artists including Anna Fox, John Thezaker, Jan Pienkowski, Anya Gallaccio and Hans Bellmer. The Independent called the show an “opportunity to get inside the mind of an undeniably serious talent… Enjoyably disturbing.”