“There’s acoustic guitar all over this record! How ridiculous is that?” – Angus Andrew

LIARS announce details of a long awaited album, TFCF, out on 25 August 2017, and confirm an autumn tour following a string of festival dates throughout the summer.

Listen to the first track to be shared from TFCF (which stands for Theme From Crying Fountain), ‘Cred Woes’, here: http://po.st/LiarsCredWoesYT

Following an amicable parting of ways with Aaron Hemphill, Liars is now Angus Andrew, who decamped to his native Australia, specifically to a remote part of the Australian bush, to create an album unlike any Liars had attempted before.

Angus Andrew explains, “Suddenly, the tides of the ocean became the most important thing to me, because I live right on the ocean now, and to get my boat out in the morning to get groceries on the mainland I’ve got to know when the tide is coming in, or I’ll get stuck. Very basic things like that suddenly became top priority in my life. And the effect was interesting. The last record, Mess, was made in LA, and had very tight corners and clean edges – it was sharp, programmed, organised. It sounds a lot like living in a city. But now, everything started to fall off-time.”

As he recorded the tracks for the new album, Angus kept a microphone running that he’d set up just outside of his studio, pointed out into the bush. “A lot of the sounds I was working on were samples, they lived inside my computer, but I still wanted to have a connection with everything around me,” he says. “So everything I was recording was in context of the world outside the studio… Sometimes I’d have my headphones on, just listening to the bush, and a bird would fly up and scream into the microphone. The truth is, even in New York or LA, I was still pretty isolated. Here, there are no other people around, but I feel much more connected to the environment around me than in a big city.”

The album’s reinvention of the Liars paradigm – blurring the lines between electronic and acoustic, between the experimental impulse and the addictive pop sensibility – is evidence that Angus’ creative energies remain as healthy as ever, even given the upheaval within the group.

In addition to a string of festival dates in Europe and the US this summer, Angus and a new touring band have also announced details of an autumn tour. Full details below with more to be confirmed. 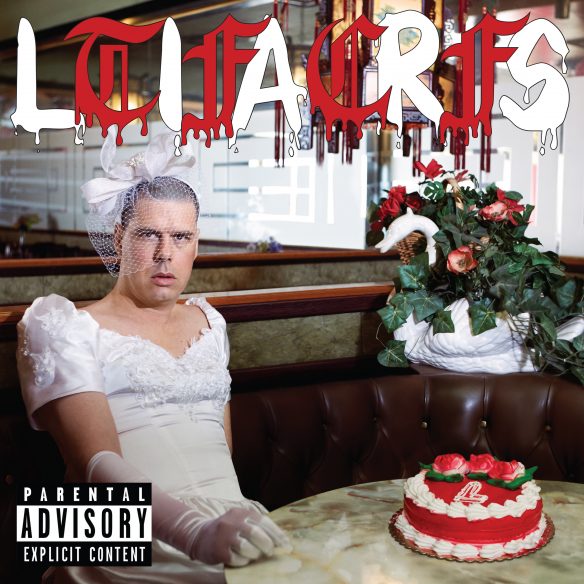 Tickets for US tour dates can be purchased from

Pre-order the very special limited edition, a double vinyl issue with exclusive tracks recorded during the TFCF sessions from deep in the Australian bush, here: http://po.st/LiarsStore

Liars have been giving fans a glimpse of the forthcoming album via a series of short clips spelling out Theme From Crying Fountain, watch these here: http://po.st/LIARSTFCFYT