Following the release of ACR Loco – described by Uncut as “their best LP in decades” – A Certain Ratio return with a new single, ‘YoYoGrip’ accompanied by a mesmerising animation by Griff, created using rubber Japanese Kinnikuman wrestler figures from the ‘80s.

The new single, a collaboration with producer and mixer Jacknife Lee, marries two of the new album’s standout tracks, ‘YoYo Gi’ and ‘Get A Grip’. After hearing their track ‘Lucinda’ feature on Jacknife Lee’s guest mix for BBC 6Music, ACR got in touch, discovered he was a fan and the conversation went from there, “Seeing that Jacknife Lee had produced and mixed some of the biggest artists in the world (U2, REM, The Killers, Editors, Taylor Swift, Bloc Party, Robbie Williams) it was a bit of a curveball for us, but we like the unexpected and we’re glad we took the chance.” The band go on to explain, “Jacknife Lee took two songs that were totally different tempos and keys (one is a 99 bpm Funk chugger and the other is a 126bpm banger aimed at the dancefloor) and joined them up perfectly using the best elements of each song.”

Jacknife Lee expands, “When I was a kid in Dublin, my older brother Derek bought ‘Shack Up’ and we listened to it so much it embedded itself into our DNA. We learnt how to play it, formed bands and we played ‘Shack Up’ in the school halls. It was a thrill to me to make the connection with ACR and I’m ecstatic that the collaboration worked.”

The track melds ‘YoYo Gi’, influenced by the Tokyo neighbourhood of the same name, with ‘Get A Grip’, which features Maria Uzor of Sink Ya Teeth. She reminisces, “I remember being pretty excited when they first asked about the collaboration. I mean, when you start a band you don’t expect to end up collaborating with one of your influences!”

As well as this collaboration with Jacknife Lee and Maria Uzor, ACR have been in the studio recently crafting reworks for Baba Ali, Number and AK/DK.

Looking ahead to 2021, A Certain Ratio will be continuing their run of unmissable dates with a winter tour, starting in Huddersfield on 3 November, with a show at London’s EartH on 13 November, finishing at Glasgow King Tut’s Wah Wah Hut on 17 November. 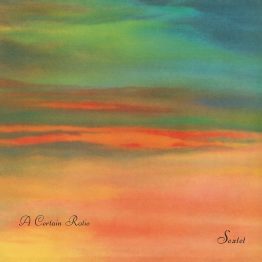