VISIONIST has announced details of a new album, A Call To Arms, his first for Mute, out on 5 March 2021.

A Call To Arms will be Visionist’s third album release and where previously the artist used his vocals as samples, for the first time we hear his singing voice in the form of song and lyric. Along with the addition of Visionist’s vocals, the album is host to a varied list of collaborators, including Haley Fohr, whose voice interprets Visionist’s lyrics on the first track to be shared from the album.

Visionist explains: “The song is about protection, usually a positive action – but not always. I see the action of folding as a form of safe-keeping or the first step to ruin. A fold can also be a protection in numbers or what could be considered a lack of individuality.” He continues, “Every Birdcage should have a door that is controlled inside and out, it is not enough to be admired if you cannot admire yourself.”

Talking about the video, he continues, “I’ve been thinking a lot about, and acting on the notions of repetition, routine, control. I came across Schipper’s Cubicle exhibition a few years ago, so when we first went into lockdown, it came to mind. The Cubicle demands patience and seeks evolution. At the beginning of lockdown there was a lot of Hope for new thought, but it was the creatives call for destruction under the old rule.”

For Visionist (aka Louis Carnell) each album is a chapter in a bigger storyline. “My music very much reflects how my life has played out,” he explains. Safe [2015 / PAN] dealt with his battles with anxiety while Value [2017 / Big Dada Recordings] was a defiant album, built originally from anger, betrayal and anguish. Both of the albums were seeding the land for A Call To Arms, an album that takes on big themes, in a personal voice. Not in the everyday political sense though. Instead, he builds intimate settings, creating spaces where he can place the shadows of the world’s current crises.

Collaborators and guests on the album include Haley Fohr (Circuit Des Yeux); multimedia artist and opera singer, Lisa E. Harris; experimental multi-instrumentalist K.K. Null; Ben Romans Hopcraft (Childhood); artist and producer Wu-lu; pianist Matthew Bourne; Morgan Simpson (Black Midi) and experimental saxophonist, Ben Vince. Visionist explains, “A lot of the preparation for a song takes place inside my head, I imagine how different instrumentation can come together and this includes voice. Tone is important but mainly I am drawn to storytellers, and how they can relate to my message.”

This new record marks a confident moment in Visionist’s life and musical career. “I had to stop taking refuge in the premise of ‘people don’t want to understand me’ and focus on being the best communicator I can be.”

A Call To Arms tracklisting

“Sharing the aesthetic narrative with VISIONIST and artist Peter De Potter, we believe that this collaboration expresses a cohesive concept that complements the audial experience from VISIONIST.” Heliot Emil

Visionist has also launched a new Bandcamp subscription service. Available in two tiers, the service will provide subscribers with guaranteed access and discount to the Heliot Emil album capsule, all vinyl releases, the entire digital back catalogue as well as behind the scenes material, free access to DJ and live streams and (god-willing, one day soon) in-person events.

Pre-order A Call To Arms: https://mute.ffm.to/visionist 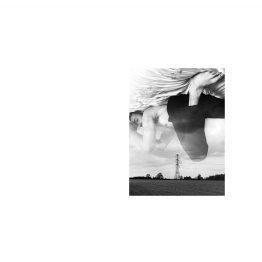 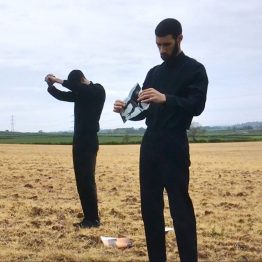