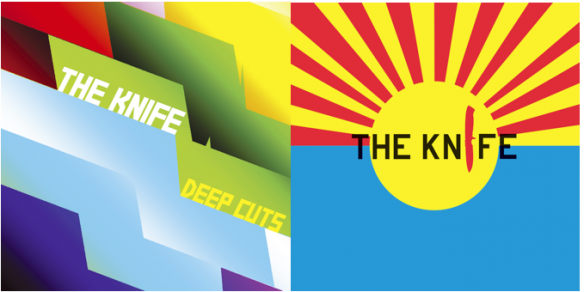 For the first time ever The Knife’s self-titled debut album as well as their extraordinary Deep Cuts are now available on vinyl on in the United States.

In 2001, Karin and Olof Dreijer made their musical debut with a self-titled album on their own label Rabid Records. Deep Cuts, their follow up to The Knife was released in 2003 but not released in the US until 2006. Both albums were only available on CD until now. Search for titles here.

With tracks such as “Bird”, “A Lung” “Pass It On” “The Cop” and “Heartbeats” The Knife quickly cemented themselves as pioneers in the music community. Laying the groundwork for Silent Shout and this year’s Shaking the Habitual, The Knife and Deep Cuts are a welcome re-visit to Karin and Olof’s earliest innovations.

I Just Had to Die

She’s Having A Baby

You Take My Breath Away