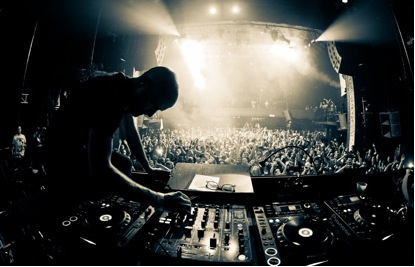 Over the course of the next two weekends Moby’s DJ performances as part of Coachella 2013 will signify his first appearance at the festival since it began in 1999. Since it’s conception under the shade of the palm trees that line Empire Polo Club’s fields in Indio, California Coachella has evolved to become the opening event for the american summer music festival season. Spanning two weekends, April 12-14th and April 19th-21st Moby will be DJing in the Sahara Tent on both Saturdays: the 13th and the 20th.

Moby will be premiering NEW MUSIC from his recent collaborations with producers Loops of Fury, Zodiac Cartel, Cold Blank and Darth & Vader, to get ready for the experience head over to Potato.tv for Moby’s most recent guest mix.

Potato.tv is a celebration of all things this innovative festival in the desert fosters—amazing electronic music and explosive energy. Curated by Skrillex, Diplo and A-Trak Potato.tv was excited to have Moby lend a little something to get the party started in the days building up to his live event.

Moby is treating his audience to a visual collaboration as well: NASA images from space! Against the desert skies videos will be presented, encompassing NASA’s wide range of space exploration and technology, from human spaceflight to the Hubbel Telescope, to heliospheric and planetary probe imagery.

Piers Sellers, an astronaut for NASA is beyond excited for this opportunity, “NASA continues to push outwards. We’re looking at the health of the Earth, the surface of Mars and we’re finding thousands of new plants around other stars. It’s a big universe – all of us at NASA are happy to help you explore it.”

For Moby collaborating with NASA is like living out a childhood dream. “When I was growing up I was a science and sci-fi obsessed kid, and now I’m a science and sci-fi obsessed adult… I’ve done lots of things with NASA over the years, and I’m really thrilled that they’ve offered to let me use all of these amazing visuals during my Coachella DJ set.”

Moby will also be reuniting with another previous partner, these now sacred Polo Grounds of Indo, California.

“In 1999 I was asked to play the first Coachella, and it ended up being one of my all-time favorite festival experiences.  Because of scheduling issues I haven’t been able to play any of the subsequent years, but this year I’m really, truly excited to be going back for the first time since 1999.  I’m also incredibly proud of Paul and the people behind Coachella, for having the vision to start this amazing festival in the desert.”