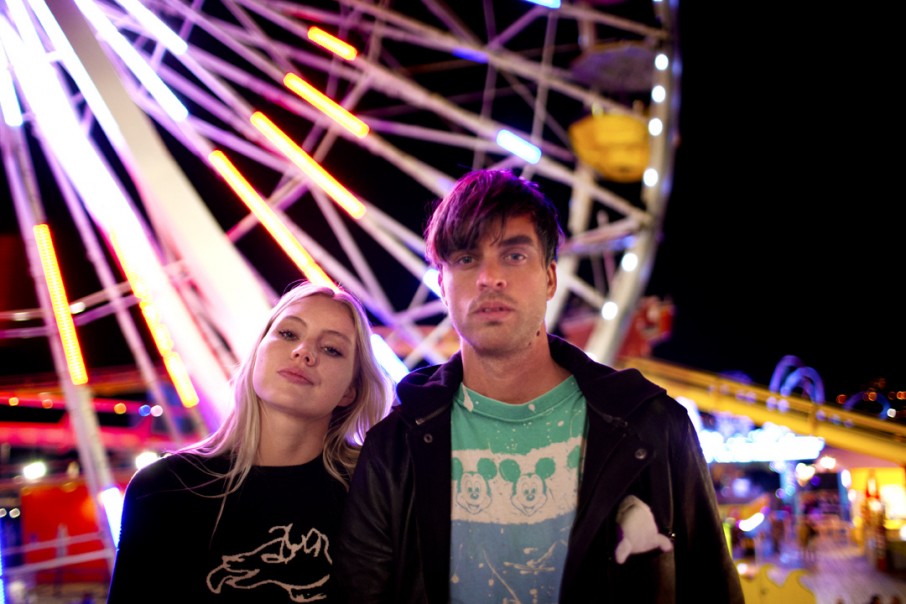 Big Deal introduced themselves with their emotive bedroom guitar ballads and electric chemistry last year via their debut release Lights Out. This June the London based duo of Kacey Underwood and Alice Costelloe are back with brand new album, June Gloom  (June 4th, 2013) and a bold new sound.

Last year we laid out hints of a new record with “terdactol”– a lavish whirlwind of guitars, keys and percussion that assaults the senses and unleashes all of that pent up craving in one humid wave of sound. Thoughtfully arming you with a soundtrack for those tempestuous summer days June Gloom, like any good summer romance, will leave you enraptured.

As a result, the 11 other tracks here are an exploration of the newfound confidence of ‘teradactol’, with a refinement and bold directness. If Big Deal’s earlier tracks felt emotionally lacerating, this new body of work is noisy, boisterous, with a more than assured melodic hook. This evolution is made defiantly clear in the opener ‘golden light‘, which deliberately unhinges the listener by opening with sweetly strummed chords and interlocking vocals before building to a rousing climax. Similarly, ‘dream machines’ crests on a jagged undertow of pounding drums, and the sinister ‘pillow’ gradually opens up to become something vast, scorched and desolate. The pair infuse the volume with their own inimitable, off-kilter take on angst-ridden emotional terrain; on the aptly titled ‘pristine’, they sing, “darkness wash over me, I let it in, it let me be”, while on the otherwise upbeat ‘call and i’ll come’ Costelloe plaintively asks, “What if no one else compares/ what if no one else cares?” It all reaches a beautiful crescendo with the finale ‘close your eyes’, which explodes from an almost unbearably intimate confessional (“I won’t ask why/ if it was love/ we let it die”) into a coruscating maelstrom that is as indelibly affecting as it is thrilling.

With June Gloom, Big Deal has expanded their sonic palette without losing any of their potency.