Including Primavera Sound Festival In Barcelona On May 25th 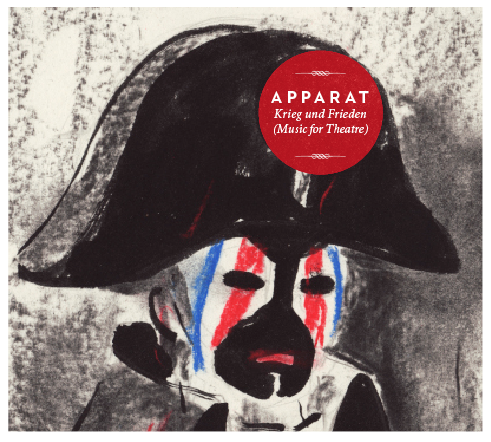 Apparat, aka Sascha Ring, will release Krieg und Frieden (Music for Theatre), an album of music based on Sebastian Hartmann’s theatre production of Tolstoy’s War & Peace, next Tuesday, February 19th. Watch the interview EPK for the album here and be sure to get your pre-order in!

The renowned German arts festival Ruhrfestspiele in Recklinghausen commissioned Sebastian Hartmann on this project to bring Tolstoy’s masterpiece to the stage. Hartman, considered one of the biggest innovators of contemporary German theatre, called upon Ring to contribute to this mammoth project.

The project was initially conceived to end with the last performance of the play, and no release was ever imagined. As the production drew to an end, they found they hadn’t fully exhausted the potential of the songs yet. “Because it evolved out of a process, and transformed all the time, there’s always been a certain freshness to it.” explains Ring.

For Apparat experiments in sound are strongly linked to exploring emotions. Over the course of seven album releases Ring has developed a universe of multifarious emotions. From his early works, Multifunktionsebene (2001) and Duplex (2003), which removed the abstractness of electronic music and introduced a new spectrum of feelings its well-tested modes, to collaborations with Ellen Alien (Orchestra of Bubbles) and Modeselektor (as Moderat), he is in constant evolution. His most recent evolution would be his creation of the Apparat band and the release of The Devils Walk. Released in 2010, it was his first with Mute.