New single ‘Thea’ & remix package – out 17/18 March. Listen to a new remix from Blood Diamonds, watch ‘The Making Of Tales Of Us’. 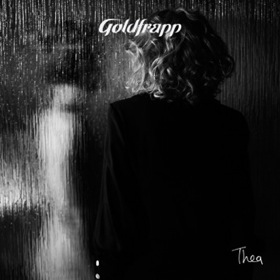 What has already been a brilliant year for Goldfrapp continues this month with the release of Thea, the latest single from their acclaimed Tales Of Us album, on 17 /18 March 2014 followed by their nationwide tour. Thea comes with a stellar remix package including brand new mixes by Twin Shadow, Blood Diamonds, WAWA and Red Top.

The brand new mix by Blood Diamonds can be heard here:

The first remix to go public was the Twin Shadow remix which can be heard here:

This week saw Goldfrapp undertake their most ambitious project to date, the Tales Of Us cinema event – a worldwide screening of the stunning film Tales Of Us followed immediately by an exclusive dramatic live performance transmitted into cinemas from the magnificent surroundings of the legendary Air Studios in London. This state-of-the-art experience was shown at packed cinemas across the UK, Europe and North America on the evening of 4 March 2014. Repeat performances are scheduled for late March/early April in Australia, New Zealand and additional cinemas across Europe and North America.

Inspired by Goldfrapp’s latest album, Tales Of Us, the striking film is a 30-minute journey through five of the individual stories featured on the album. Stranger, Laurel, Jo, Drew and Annabel interconnect subtly, sharing themes of love, loss, madness and identity, taking the viewer on a unique musical journey. The film trailer can be seen here:

Meanwhile the Tales of Us album is available as a very special limited edition box set edition that features bonus audio and video content and a photographic hardback book compiled by Goldfrapp. Within the boxset there is a short featurette film ‘The Making of Tales of Us’ which can now also be seen here:

The Tales Of Us film was co-created by Alison Goldfrapp and director & writer Lisa Gunning (Nowhere Boy, Seven Psychopaths, Salmon Fishing in the Yemen). The BBC called the film ‘bewitching and intimate – impressionist sketches of the characters who appear in the songs.’

The Goldfrapp UK tour also takes place this month, starting on 26 March 2014 at the Birmingham Symphony Hall and ending at the Gateshead Sage on 7 April 2014. The tour also includes a performance at the The Lowry in Salford, where Alison Goldfrapp curated her first ever art exhibition earlier this year.

Looking further ahead Goldfrapp also recently announced that they will be playing their only London show of 2014 when they headline the brand new Greenwich Music Time Festival on Thursday 21st August. Promising to be a very special summer evening the show will take place in the heart of the Greenwich Maritime World Heritage Site. For tickets and info visit http://greenwichmusictime.co.uk/

The Tales Of Us album and limited edition box set are out now on Mute.