Nicolas Bougaïeff has released a selection of remixes ahead of the launch of his forthcoming album, The Upward Spiral – out on vinyl and digitally on 24 July 2020.

Japanese born, Berlin based Kosei Fukuda, British producer Sam KDC, Din-ST aka Frederic Stader and British techno artist Benjamin Damage individually take either the creeping mutation of ‘Nexus’ or the nosebleed kicks and synth bleeps of ‘Thalassophobia’ as their starting point for this four-track EP, out now.

The original versions of Nexus and Thalassophobia both appear on The Upward Spiral, due out on Mute later this month. On the new album Bougaïeff reframes familiar tropes for his own mind-expanding vision of body music. Punishing industrial techno charges the album at surface level with beautiful-meets-bleak energy. But peel back the layers of brash ferocity, and there’s a hell of a lot more going on than first meets the ear. The culmination of years of hard work, Bougaïeff grew the album from the seeds of a bespoke composition technique; a carefully thought-out studio experiment in how to bend a love of techno into innovative new shapes.

This new album continues his decades-long love of club music, a love that has compelled Bougaïeff to challenge conventional wisdom, delivering genre-busting Berghain sets that expertly blend French-Canadian hip-hop with Tchaikovsky, moody techno and ambient. Previous releases include the Cognitive Resonance EP that relaunched the NovaMute imprint in 2017.

Buy / listen to the EP: https://mute.ffm.to/NB-TNR 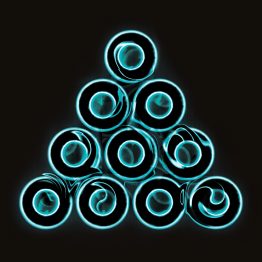 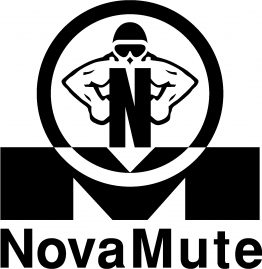