Reveal Video For ‘We Chase The Sound’ feat. Shannon Funchess

ADULT. (Detroit’s Nicola Kuperus and Adam Lee Miller) have unveiled the video for We Chase The Sound, featuring Shannon Funchess of Light Asylum.

Filmed and edited by ADULT., the video features the wearable sculptures of Detroit designer Levon Millross.

ADULT. explain the concept of the video, “How do you visually represent sound? This was our main challenge.  We concluded the most effective way to represent sound was by means of light.  This then prompted us to invite Levon Millross to showcase his incredible wearable sculptures.  Levon’s work embodies sound.  It is created out of sound, so it was the perfect fit.” And go on to explain, “This video reflects the space between art and life.  It has an ephemeral quality, which made us instantly think of the work of Jack Smith, specifically his film “Flaming Creatures”. There is a shared sense of rhythmic power, a placeless and timeless nature, a rawness, which is filled with pulsating, ambiguously gendered, creatures.  We find that just when you feel exhausted from the constant strobe and relentless bass, there is a compulsion to watch it all over and over again.”

ADULT. embark on a tour of North America in May / June and have announced a series of European dates including MOTH Club in London and Optimo 20, a day long festival celebrating 20 years of the Glasgow club night in August, full details below. 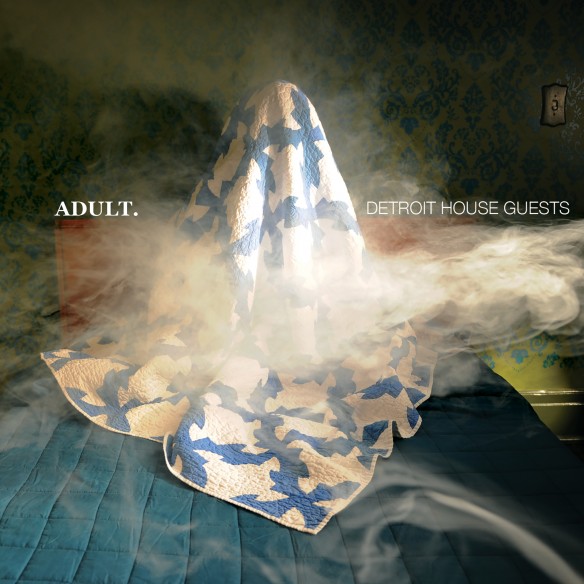 “…exhibits the astonishing breadth of their creative purview” – BLACKBOOK