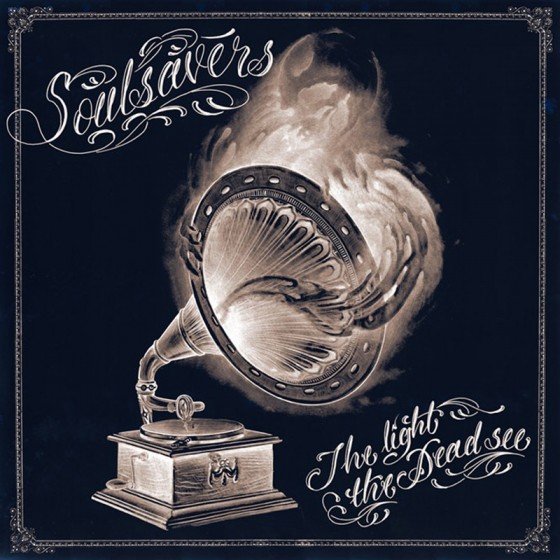 THE LIGHT THE DEAD SEE OUT MAY 22ND

Soulsavers will release their new single “Longest Day” through Mute on April 3rd. Taken from their forthcoming album The Light The Dead See (out May 22nd), the single will be available as a digital download. “The Light The Dead See” is the follow-up to 2009’s critically acclaimed album Broken. Recorded at various locations and mastered at Abbey Road, the record will be available on CD, LP and as a digital download.

“It was a complete collaboration. There was no real script, Dave brought a lot to the table” says the laconic Rich Machin of the extraordinary fourth album The Light The Dead See, a set of songs of majesty and momentum. “It just rolled and rolled; it was effortless.” Joining forces with Dave Gahan it immediately became clear that this was going to be something very special. “We realized we were coming from the same place in so many ways,” adds Machin. “He’s really laid himself bare on this record, his contribution is astonishing.” Says Gahan, “Everything about it was relatively unplanned, surprising: a magical thing. We were a perfect match and I’m very, very excited about this record.”

Soulsavers – the music and production team of Rich Machin and Ian Glover – have been a growing force since 2003’s debut Tough Guys Don’t Dance. 2007’s It’s Not How Far You Fall, It’s The Way You Land  brought their dark flair to a wider audience. The inimitable Mark Lanegan served as primary singer, though there were also vocal contributions from Will Oldham and Jimi Goodwin. In 2009, third album Broken confirmed that Soulsavers were moving away from early electronica to earthier guitars, use of space and what Machin described as “a soulful twist”. Lanegan again led the vocals on stand-outs such as “You Will Miss Me When I Burn” and “All The Way Down”, with other guest vocalists including Oldham again, Jason Pierce, Richard Hawley, Mike Patton and Gibby Haynes. Clearly, there was no shortage of acclaimed singers ready to lend their lungs to Soulsavers’ stirring, seductive, soothing or startling creations.

Venturing out from the studio to the road, Soulsavers were invited to support Depeche Mode on the European leg of their vast and eventful 2009-10 Tour Of The Universe, during which tour Dave Gahan bounced back from more than his fair share of illness and injury. Here, the seeds of The Light The Dead See were sewn. “We got to know each other,” says Machin. “I really warmed to him, thought he was a particularly nice guy. Dave said he was a fan of our previous albums, and watched us almost every night, and, as you do, we said: Hey, we should work on something, at some point in time…”

“The tour together was great,” recalls Gahan enthusiastically. “I love Soulsavers and I’ve also been a Lanegan junkie for years. Rich mentioned doing some writing, and I told him to send over any pieces he liked, however minimal. What Rich does – big grinding bluesy organs, gospel choirs – somehow that touches something in me.”

Gahan’s lyrics and melodies came to him with spontaneity and passion. “About five songs in, I realized I was writing outside myself. I was having a go at myself, to be honest: my questions around faith, and God, or the lack thereof at any given moment. Sometimes I’m full of faith, but there are always questions. And I struggle with letting go of control of what’s going on around me. This album became very therapeutic. No restrictions. Coming out of getting sick myself, I found I HAD to get this stuff out of me. This music gave me the perfect palate to play with the BIG questions that we all ask when life becomes less about what can we GET, than: what can we DO? I’ve been very fortunate, and I’m privileged in my life, so I want to do things I feel really connected to now, otherwise there’s no point. Rich and I had both come out of something difficult. This is something to do with that. It was a wonderful experience.”