Unveils video for “This Wild Darkness,” new album out March 2

ESCHATOLOGY AND SPACE TRAVEL IN “THIS WILD DARKNESS” VIDEO 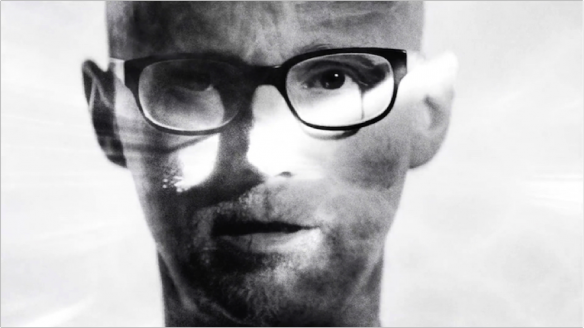 Moby has unveiled a stunning new video for “This Wild Darkness” – the latest track taken from his forthcoming album, Everything Was Beautiful, And Nothing Hurt, out March 2 on Mute. Speaking to the urgent beauty of “This Wild Darkness,” Moby says, “’the world is a baffling place, full of confusion and darkness. ‘This Wild Darkness’ is essentially an existential dialog between me and the gospel choir – me talking about my confusion, the choir answering with longing and hope.” Watch “This Wild Darkness” here.

The first place fans can hear new Moby music is via a playlist that he has curated of artists that influenced the recording of the album. Listen and subscribe here to the playlist, on Spotify and YouTube.

Moby will be playing a string of sold-out live shows, performing the album in its entirety, at The Echo in Los Angeles on March 14, 15 and 16 and Brooklyn’s Rough Trade on March 20 and 21. For more information, visit moby.com. Additionally, Moby has announced a pair of in-store signing events: Amoeba Music in Hollywood on March 2 at 5pm and Rough Trade in Brooklyn on March 20 at 7pm.

Everything Was Beautiful, And Nothing Hurt – a glowing tapestry exploring spirituality, individuality and the brokenness of humanity – finds Moby returning to his orchestral, soul, trip-hop and gospel roots. Watch the previous videos for lead single “Like a Motherless Child” and “Mere Anarchy.”

Watch the video for “Mere Anarchy”

Watch the video for “This Wild Darkness”