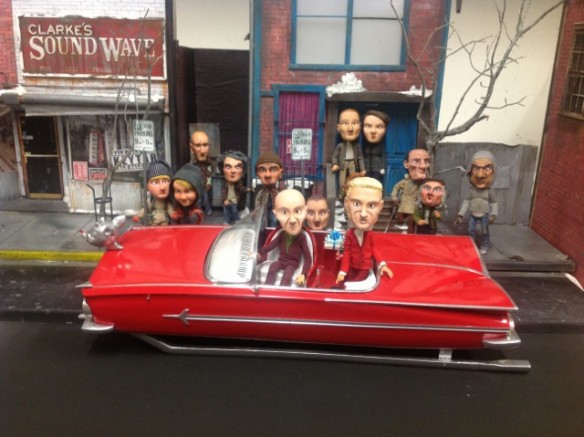 Watch the video for Erasure’s brand new single, Make It Wonderful, out on 24 February 2014, here:

Make It Wonderful is an original composition by the award-winning songwriting duo of Vince Clarke and Andy Bell and follows their take on the traditional Latin carol, Gaudete: The animated video is directed by the team behind the Gaudete video, Martin Meunier & Tonya Hurley, and mirrors the single’s hope and positivity. The exposition involved in a song as open and hopeful as ‘Make It Wonderful’ came easily to Andy Bell, who explains, “…what I love is that Vince managed to add something quite childlike and almost scary to it.”

Make It Wonderful is taken from the duo’s latest album, Snow Globe, a collection of original compositions and seasonal classics.

Erasure unleashed on the nation a succession of both influential and chart-topping pop anthems of the ‘80s, ‘90s through to today. Songs like ‘A Little Respect’, ‘Sometimes’, ‘Victim Of Love’, ‘Ship Of Fools’, ‘Blue Savannah’, ‘Star’, ‘Chains Of Love’, ‘The Circus’, ‘Who Needs Love (Like That)’, ‘Love To Hate You’,  ‘Drama!’, “Always” and “Breathe,” ensured a formidable presence on the singles charts complemented by five consecutive No 1 albums (including The Innocents, Wild! and Chorus) and the beginning of the worldwide Abba revival, ‘Abba-esque’.

If you haven’t already tried it out, visit http://www.snapsapp.com/ to download the application that allows you to photograph yourself inside the Erasure Snow Globe.

From now until 24 December, check in to the Erasure Information Service for their daily festive countdown to see a host of goodies unveiled: http://www.erasureinfo.com/festive-countdown/ and the band’s Spotify channel for a daily Christmas song from Vince & Andy: Erasure Festive Countdown 2013 .