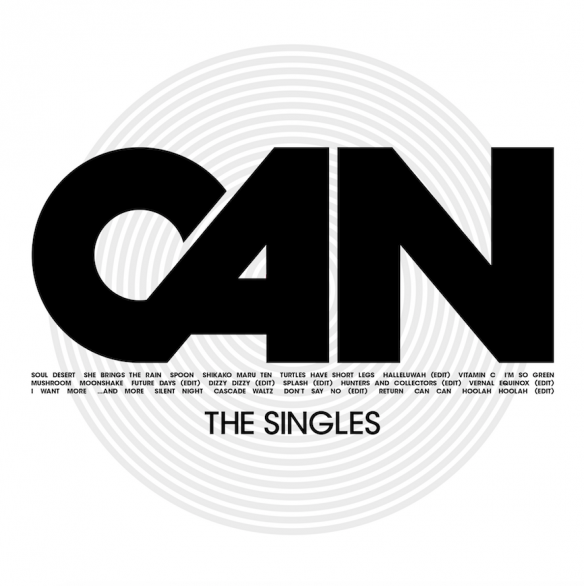 Can The Singles – Out Now

WhoSampled.com – The influence of Can

“… an indispensable and compelling career spanning compilation” – Louder Than War

Can – The Singles – a collection of all of the band’s single releases.

Out now on triple vinyl, download, CD and to stream.

Created by Josh Graham at Suspended In Light

This unique document is the first time the singles have been presented together and shows the band, not always associated with the single format, in an fascinating new way, from well loved tracks like ‘Halleluwah’, ‘Vitamin C’, ‘Spoon’, ‘Mushroom’ and the UK top 40 hit ‘I Want More’ to more obscure singles such as ‘Silent Night’, ‘Shikako Maru Ten’ and ‘Turtles Have Short Legs’, many previously unavailable on vinyl outside of their original 7” release.

Can, long acknowledged as an important influence on musicians across all genres, have been sampled and covered extensively. WhoSampled.com, in collaboration with Mute and Spoon Records, have put together The Story Of Can, illustrating the breadth of their incredible legacy through sampling, remixes and cover versions.

Enjoy The Story of Can here: http://www.whosampled.com/the-story-of-can/

Listen to Can – The Singles: https://open.spotify.com/album/1RrOsfHYrxQ7OKNg3yonLU