Multi-disciplinary artist, composer and vocalist K Á R Y Y N today shares details of her forthcoming debut album ‘THE QUANTA SERIES’. The album will be available from 29 March 2019 on Mute. Alongside today’s announcement, K Á R Y Y N shares a new edit of her single ‘EVER’, available to buy and stream on all partners. Listen here: https://youtu.be/Xe7Xce_d04I

The first was a visceral, emotional piece recorded in one take called ‘TODAY I READ YOUR LIFE STORY 11:11’. The second, a musing on impermanence and understanding the impact of our choices called ‘SEGMENT & THE LINE’. Over the years that followed, K Á R Y Y N spent time living in Berlin where she wrote ‘PURGATORY’, a song inspired by a memory from her childhood spent in the Forty Mountains of Idlib province in Syria.

As she travelled, she found inspiration everywhere, leaning into her own familial legacy, feelings of grief and love and observations on human interaction. A deep connection to her lineage is a concurrent theme in K Á R Y Y N’s work, with an interpretation of traditional Armenian folk song ‘AMBETS GORAV’ present on the album plus a beautiful choral patchwork called ‘MIRROR ME’ providing an introspective break in the album – a track about “facing yourself, the good, the bad; searching for the parts in us that have been lost.”

After a steady drip feed of songs released to widespread acclaim, including ‘ALEPPO’ and ‘BINARY’, the first two singles released under her artist moniker in 2017, ‘THE QUANTA SERIES’ will soon be available digitally and on vinyl via electronic music powerhouse Mute. The album’s full tracklist is below. In addition to the album, K Á R Y Y N today announces her upcoming tour with Mute labelmate Apparat. Beginning in Munich, the tour covers seven cities including a performance at London’s Barbican on April 27th with full details below. 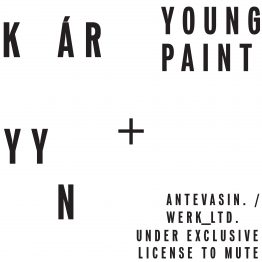