Share ‘Love You To The Sky’ from ‘World Be Live’ Album

ERASURE (Andy Bell and Vince Clarke) will release World Be Live – a 24-track live album recorded in London, February 2018 during the band’s World Be Gone tour. World be Live will be available on Deluxe 2CD, 3xVinyl formats on June 15th and standard 2CD and 3xVinyl on July 6th.

World Be Live completes a trilogy of albums that began in 2017 with the release of Erasure’s seventeenth studio album World Be Gone, and continued with World Beyond, their post-classical reworking of the songs from World Be Gone recorded in collaboration with Echo Collective and released in March this year.

World Be Live was recorded across two shows at the Eventim Apollo in Hammersmith at the close of Erasure’s sold out UK World Be Gone tour which saw the award-winning songwriters play hits from across their career in a show that included live versions of the timeless pop hits Sometimes, Oh L’Amour, Ship of Fools, Chains of Love, Blue Savannah and Stop!, alongside a cover of Blondie’s Atomic and tracks from Erasure’s recent World Be Gone project, including Love You To The Sky.

Here’s the full album tracklisting: Oh L’Amour / Ship of Fools / Breathe / Mad As We Are / Just A Little Love / In My Arms / Chains of Love / Sacred / Sweet Summer Loving / I Love Saturday / Victim of Love / Phantom Bride / World Be Gone / Who Needs Love (Like That) / Take Me Out Of Myself / Blue Savannah / Atomic / Drama! / Stop! / Love You To The Sky / Always / Here I Go Impossible Again / Sometimes / A Little Respect

“Few bands can muster pop songs of such melody, momentum and concision as Stop!

“Long may Erasure stick around” – Telegraph 4*

Erasure’s 2018 headline tour of South America is underway and the band continue their worldwide tour in July with an extensive through North America, full details below. 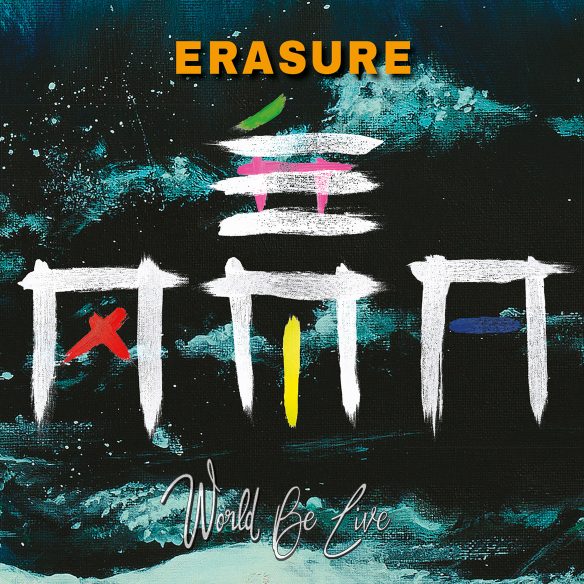 24 July – US, Toronto, ON, Queen Elizabeth Theater SOLD OUT

5 Aug – US, San Antonio, TX, Tobin Center for the Performing Arts SOLD OUT

15 Aug – US, Vancouver, BC, Orpheum Theatre SOLD OUT

Recent praise for Erasure World Beyond