Iron Sky: The Original Soundtrack – We Come In Peace 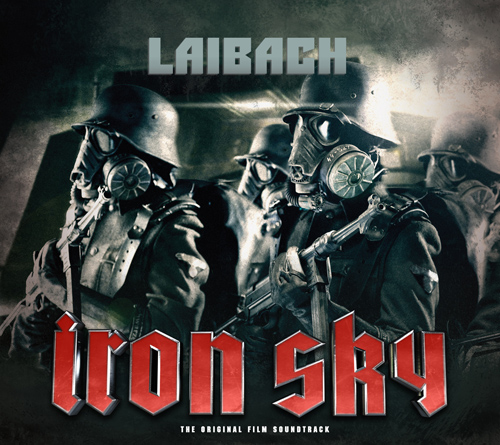 Iron Sky: The Original Soundtrack – We Come In Peace – Out Soon on Mute

A version of  Laibach’s American anthem is part of the film’s soundtrack.

Check out the original version here:

We are happy to announce that Laibach’s soundtrack for the forthcoming film Iron Sky will be available on Mute, release date to be confirmed shortly.

In the last moments of World War II, a secret Nazi space program evaded destruction by fleeing to the Dark Side of the Moon. During 70 years of utter secrecy, the Nazis construct a gigantic space fortress with a massive armada of flying saucers, getting ready for the invasion of Earth!

This is Iron Sky, with an epic soundtrack by Laibach.

With a theatrical trailer viewed by more than four and a half million people on YouTube and an amazing reception from the fans, the film had its successful worldwide premiere at the Berlin Film Festival on the 11 February 2012.

The film creators have collaborated actively with their audience and fans on all fronts, from publicity through content to funding. People who were interested in Iron Sky could contribute in a variety of ways: by demanding to see the film in their home city using a system called Crowd Controls (http://www.ironsky.net/demand/), by collaborating in creating the movie in the acclaimed film creation platform Wreckamovie (http://www.wreckamovie.com/iron-sky/) and by investing in the film (10% of its budget came from fans).

“I was actually sitting in a sauna with our team when one of us, Jarmo Puskala, came up with the idea that we should do a film about Nazis on the Moon. I agreed, and my number one demand was that if so, I want Laibach to do the music“, said Iron Sky’s director Timo Vuorensola about their choice of artist.

“It was a far-fetched idea at the moment, but stuck into my head as a general style guideline not just for music, but for the general approach for the film, and finally, when I heard they would be interested after we contacted them, I was in ecstasy. Their unique sense of humor and nice and twisted approach will really light a spark in the wretched genre of film music. We’re hoping to create something like Vangelis did for Blade Runner – not just a soundtrack, but a whole new world that echoes through the music.”