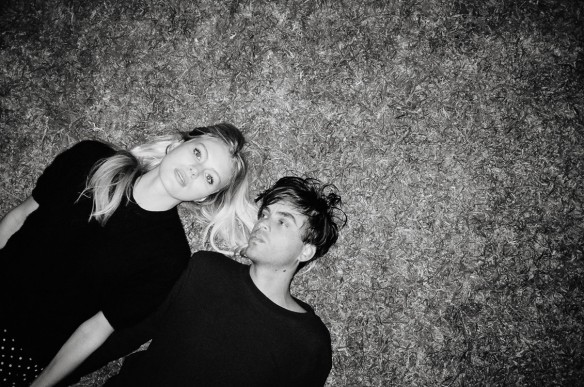 Over the course of their last two albums, London duo Big Deal have been perfecting their distinctive sound – gorgeous, effortlessly infectious melodies and sun dappled hooks wrapping around the bruised vocals and broken hearted lyricism of Alice Costelloe and KC Underwood.

June Gloom, their 2013 album, pointed the way towards SoCal harmonies and bigger production, and now Sakura, their new 4-track EP, explores that avenue in more detail.

‘Talk’, from their debut album Lights Out, was originally a stark, desolate ballad but now gets a grunged up, full band makeover, setting the stall for what’s to come. The single ‘Always Boys’ sees the band deliver their biggest and boldest pop song to date, complete with a nonchalant chorus that sees Costelloe bemoaning her attraction to “boys that play guitar”. And ‘Figure It Out’ which closes the EP in fine style, we see a newly reenergised band soaring towards anthemic new heights.

As an EP in and of itself Sakura is addictive and thrillingly self-contained, but as a stopgap between June Gloom and the next Big Deal record, it is tremendously exciting – a beautiful reminder that this truly unique band can really go anywhere they want the next time around.

The band will be release a Deluxe Digital version of the album June Gloom on 21 July 2014.