In The Studio / Curate Sonic City Festival, De Kreun BE 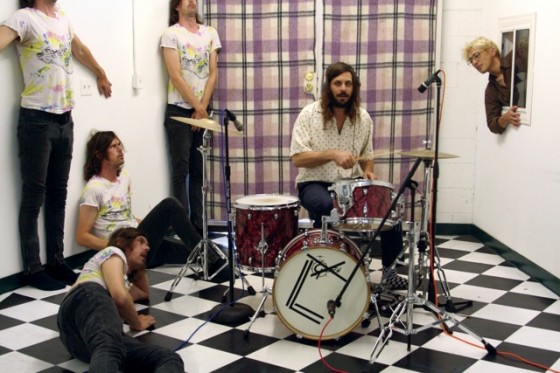 Liars take a break from the studio, where they are currently recording the follow up to 2010’s acclaimed album Sisterworld (voted The Quietus’ Album Of The Year 2010, and # 9 in the NME Albums Of The Year) to curate the Sonic City festival, De Kreun, Belgium on 28, 29 & 30 October 2011.

The festival, now in its fourth year, has previously been curated by the likes of Deerhoof and Dälek, and takes place at De Kreun in Kortrijk, Belgium. The festival opens on 28 October with the European première of the movie KARP, a documentary about the now legendary underground band Kill All Redneck Pricks, directed by William Badgley. Tickets and information over at: http://www.soniccity.be/Sonic2011.swf